Liposuction In Bangalore – Size Does Matter

Liposuction in India is in fact a seemingly easy surgical technique. The shape of the external  body can be widely enhanced through the removal of fat deposits which are in excess, and  concealed between the muscle and the skin. Today, in a city like Bangalore, many people are prone to excess fat deposits in their bodies due to changing lifestyles and work habits. For such people, Liposuction in Bangalore comes as a boon to eliminate the excess fat content. The basic mechanism involved in Liposuction is the removal of excess fat through a tube which is hollow in structure, known as a  cannula , and a device for the suction which is known as an aspirator. This cannula is a stainless  steel instrument resembling a tube, which is sent into the fat deposits through tiny incisions on the surface of the skin. The suction deftly enables passages through small tunnels between the layers of fat. These small tunnels later on cave in and enhance the shape of the body after the surgical procedure.

This is the period where beauty means having a body that is slim and fit. Obviously, overweight and obese people are looked down upon and also scoffed at. Added to that, the clothing patterns and styles require the body to have a perfect figure. It is a known fact that the opposite sex usually  looks and gets attracted to a perfectly sculpted body. For people like this, Liposuction comes as a boon. It must be noted that Liposuction is a tool for removing excess Localized fat deposits in different parts of the body. Some parts are waist and the abdomen area, thighs and the hip areas, neck and also chin areas. In fact, Liposuction reduces the volume instead of the weight, thereby giving the body the perfect fit it deserves. Liposuction is not beneficial for people having sagging skin, removal of cellulite and stretch marks. Liposuction is basically a day- care procedure and one can go home on the same day.

Best Liposuction treatment in Bangalore is perfect for people having localized fat areas which  are highly resistant to any exercise or diet control. Any person who is healthy and active can opt for liposuction, and age is not a criteria. However, the elasticity of the skin must be taken into consideration.

As far as cost of Liposuction treatment in Bangalore is concerned, several factors must be taken into consideration. The area to be treated, the cost of the anesthesia, the location, and also the expertise of the surgeon are all factors to be considered. Midas Cosmetic Surgery clinic  offers the Best Liposuction treatment in Bangalore with the latest techniques. Dr. Madhukumar M.G, a super-specialist in plastic surgery and the Best Liposuction doctor in Bangalore, has an immense reputation as far as body contouring procedures are concerned. 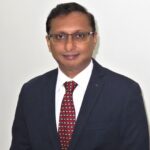 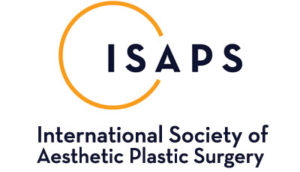